Plot details for this latest installment are being kept under wraps but we hear it will be a present-day take that will maintain the anti-establishment tone of the original.

As a video game scribe, Fixman wrote and developed Ratchet and Clank and Resistance: Fall of Man. On the film side, Fixman has sold a number of scripts Including One Night On the Hudson to Universal Pictures, Brotherhood of Magic to MGM, and Men Who Kill to Fox with Greg Berlanti producing and Michael B. Jordan starring. Most recently, he sold his original pitch Rogue to STX with David S. Goyers’ Phantom Four producing and feature pitch Legacy to Village Roadshow with Phantom Four producing. Fixman is repped by Grandview and Ziffren Brittenham.

Atomic Monster has upcoming Malignant for Starlight Media and Midas Innovation, The Conjuring: The Devil Made Me Do It for New Line Cinema, There’s Someone Inside Your House for Netflix, and Mortal Kombat for New Line.

Is it too much to ask Hollywood to be creative and create a new franchise for me to get hooked on instead of trying to revive a classic? Anyway I’ve heard and read similar articles like this for almost 10 years now, even the James Gunn thing with Hoff, the movie with Nugent and Glen Larson before he died or whatever it was supposed to be, all of them were nothing and probably for the better if you ask me. I take this with a grain of salt.

I’m going to ask for forgiveness in advance here, because I sincerly hope, this does not happen. I don’t want seeing my childhood revived in a different fashion, 30 years later there is no way you can recapture the lightning in a bottle I watched as a kid. This article doesn’t even say if the Hoff is even a part of it, but even then, I want something new to become a part of, I want innovation, something I can maybe crossover with Knight Rider in my imagination and world. I can’t let this happen. I understand fans may be excited, but Hollywood’s track record has reached a level that has thrown me off my own decisions about wanting to work in it years ago.

Sorry. This isn’t the way.
"The only difference between past, and present..." "...is semantics. Lives, lived, will live. Dies, died, will die."
Top

Modified current Camaro would be not bad as a KITT. I'd choose other rims though. Perhaps sleekier and wider 5 spoke. 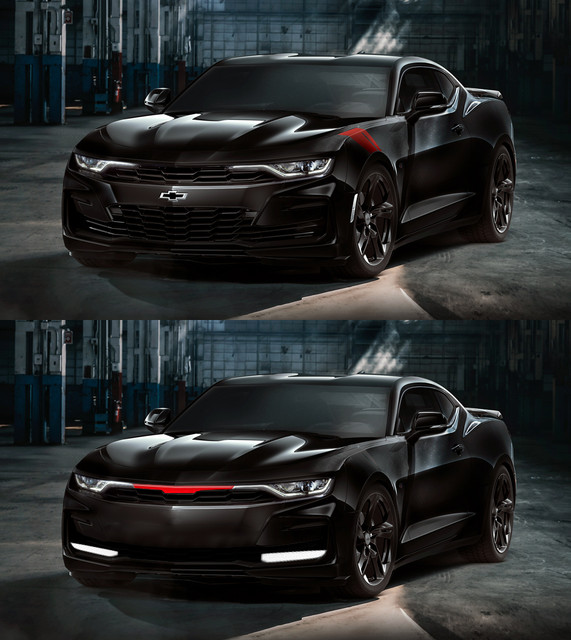 I hope something happens but we’ve been here so many times now, think I’ll believe it when I see it.
Top

I hope it happens. The Camaro idea is a great idea
Top

I sure hope this doesn't happen and we can learn to move on from this and make something new for once instead of reviving 30 year old classics over and over again for no reason other than money. Isn't this being written by the same guy who wrote the awful Ratchet and Clank movie from 2016? And this is being directed by a guy who did Furious 7? Nail in the coffin, just what we need -.-
"The only difference between past, and present..." "...is semantics. Lives, lived, will live. Dies, died, will die."
Top

What would make this Film Awesome is it it came out in 2022-KNIGHT RIDER'S 40th Birthday!!! That would be COOL!!
Top

I somehow went nearly 44 years on this planet without ever seeing a single episode of Knight Rider until a month and a half ago so I won't have the same "ugh stop destroying my childhood" reaction to this as a lot of people probably will, but I think they're going to have a hard time capturing the magic of the show. It wasn't just the premise of a hot dude driving a cool car that did crazy stunts that made it awesome, it was the likability and chemistry of the characters and they're not going to recapture that with just any pretty-boy actor and flashy sports car. If that's missing, all the CGI in the world isn't going to make up for it.

Ideally I'd love to see Hoff and KITT Classic return. He still looks great for his age and KITT is timeless! Even if they weren't the main characters it would be sweet to see them passing the torch to the new hot dude and cool car