Re: GM to kill Pontiac on Monday

Automobile mag has an interview from Jim Wangers (a guy that knows a thing or two about Pontiac especially fast ones) that is a bit brief, but speaks volumes about why Pontiac is where it is today.

Re: GM to kill Pontiac on Monday

That's a really bad excuse right there, just because they sell well in china. Big friggin deal, so thats the reason they sell in another country so we have to put up with the geezer mobiles. If I ran GM right now I'd sell Buick to a chinese company, they can then enjoy them all they want then. Pont...

Re: KITT or KARR Screensaver anyone?

NN11 wrote:thanks weeezl. it works for my xp home
for those who can us it in thir xp pc
try updating the java software & the flash player

They work now, thanks.

Re: KITT or KARR Screensaver anyone?

Update works just fine in XP with sound so thanks a ton dude.

How do you get it to work in XP when I download it all I get is a notepad file (both KARR and KI3T).

On NBC's Knight Rider Site, They Have ALL Knight Rider Episodes to View, From "A Knight In Shining Armor" to "Knight And The City". I've Been Wanting to See The Past Episodes for a While Now, This Is Pretty Cool *Mini Knight Rider Marathon! lol* They are all available on XBox li...

Lost Knight wrote:If anything, it looks more like it would cater to the fans whining for a Camaro K.I.T.T.

Is this comment really necessary, it is quite insulting.

Re: Why did Pontiac abandon Knight Rider

From memory, that Saugus car had a title registered in 1984. It may have been registered in 84, the VIN is for an 82. That is possible, it is not uncommon to have "brand new" 10 year old car that has an MRO (pre-title if you will) but due to what ever circumstance was never titled until m...

I agree they did it well in the sp and it fit. KITT making his own decision and plainly aiming on the passenger side of the van. BUT...I am not sure KITT should have these types of weapons. Granted they would have worked when this was a government program, as in the first part of the season. KI2T d...

Re: KITT in the New Movie

I cant bellieve ppl have the nerve to still complain what car kitt is.Kitt is a mustang get over it. The trans am is one of my favrote cars, THEY DONT MAKE IT NO MORE. We got our reboot which is looking great, now thats knight rider. so stop crying on why kitts a mustang? and get the word out for t...

Re: NBC Behind the scenes with a Green Screen and KARR

This may be a stupid question or have been answered already somewhere else but... Is the KARR epsiode 1 hour or 2 hour episode? The synopsis says:They have to repair KITT.. Sarah upset about her dad leaves and Mike goes to find Sarah..SSC is dismanteled..Mike get the answers he looking for.. KARR d...

Awesome news about Peter Cullen. Though, what I am wondering is that if this is not the same K.A.R.R., why would they choose to go with the original voice? (Not that I'm complaining.) I'd be pissed if I were a Transformers fan, too, since K.A.R.R. now resembles one and has Optimus Prime's voice. It...

Probably they will just cancel it insted of working it out that seems to be the mindset.

ghidorah15 wrote:
Let it load enough that you can hear the entire beginning, then listen...and tell us if that's not Peter "Optimus Prime" Cullen.

He might be more known for Optimus Prime but he did KARR first!

Heh, someone is a Weezer fan...

But he introduced Voltron before he was KARR

It did (KIFT) make a small appearance as a show car that was stolen in the made for tv movie CHiPs '99 which aired on TNT (Turner Network Television) back on October 28, 1998, the show was a reunion of the the CHiPs cast (Ponch, Jon, etc.) and sort of a remake of the original pilot episode. Ads for ...

How about BJ and the Bear (another Glen A. Larsen show) 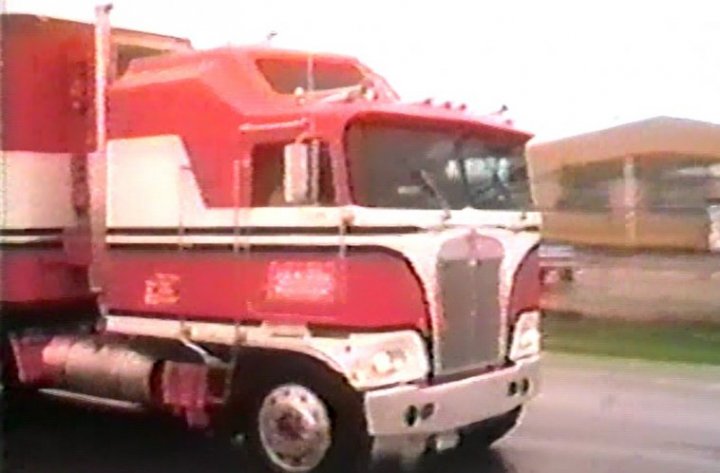 highwayman.jpg Anyone remember this rig? Ive always believed it was the first Optimus Prime... the cab was also a helicopter with the propellers in the trailer. Who could forget this semi from Steven Speilbergs first made for TV movie Duel: http://www.imcdb.org/images/005/148.jpg m

My_Friend_KITT wrote:Wow, never even heard of that show Mike...
I was trying to find a good pic of the CHiP's motorcycles to add.
I failed. 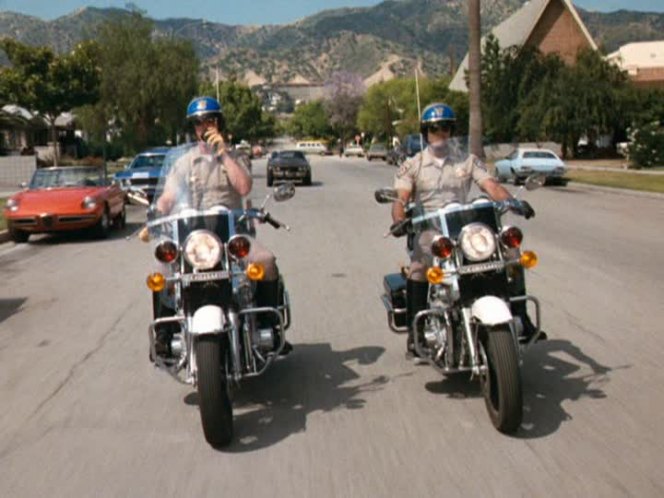 My_Friend_KITT wrote:Is this the car they auctioned off or gave away????

Re: KITT's Body "rebooted" too?

BlueChaos wrote:Cool! Let's destroy the KITT Mustang by the end of Season 1 and renew KITT entirely in Season 2....

*gets chased and run over by KITT & Mike*

I like that idea but he gets replaced by the Camaro instead.

Re: If only the SEMA Camaro Black could have been KITT!

Leave KI3T as a Mustang what is done is done, those who don't like it get over it (personally I always hoped KITT would be a Corvette, but that is just me), but there is an opportunity that (tragically) will be missed, think about it KI3T the Mustang vs. KARR the Camaro, not just for the 25 years of...

Re: If only the SEMA Camaro Black could have been KITT!

This car is to wicked to be KITT it has to be KARR his personality is more fitting with the feeling I get from the SEMA Camaro Black it just sends a chill up and down my spine, its the same feeling I got 20 plus years ago when I first saw KARR just all attitude, and there is no reason to lock this t...

Re: Changes from the pilot KITT to the series KITT

Don't forget all of the changes that they have done to the KITT Attack Mode too.
Search found 24 matches • Page 1 of 1