by Knight Racer
I was watching my new number 1 detective show now (sorry KR you're taking a backseat) and I noticed on the Rockford files season 7 (1994 8 reunion made for tv movies) Jim Rockford was snooping in a room with surveillance equipment. I was wondering If I just saw the semi dropdown mechanism console that was also in Robocop 3 when he suddenly walks past a wall and I see that Universal reused the common semi computers from knight rider yet again. 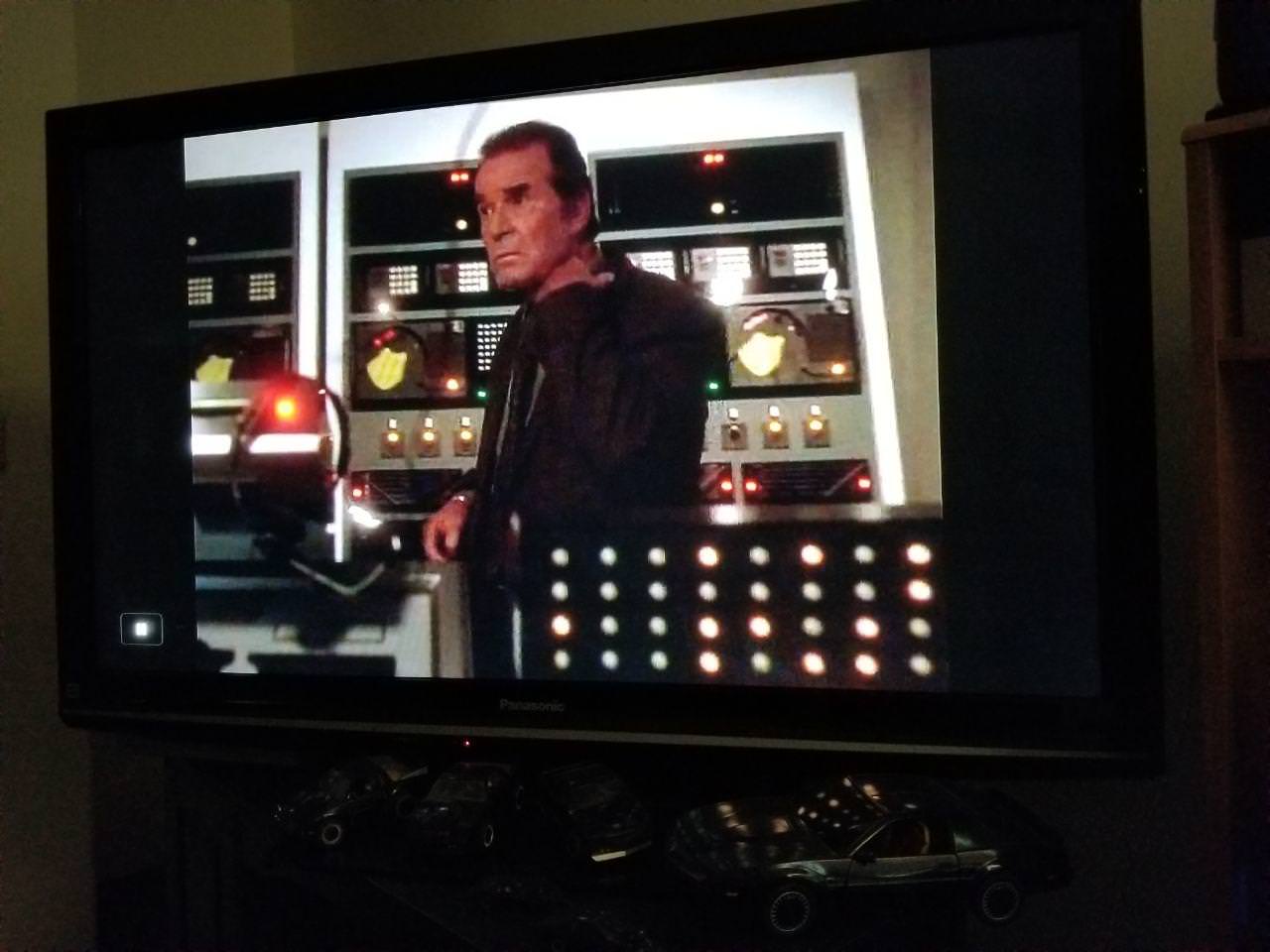 The episode I'm watching is called If the Frame Fits. Funny it also has the Madock Flag agent that ran it in KR2000 same episode.

I know Jim and his Rockford mobile were compared to knight rider in another made for tv movie. Funny how KR just came out with one 6 years prior called knight rider 2000. I know James Garner and Glen Larson had a huge argument over Glen Larson plagiarizing scripts for his shows back in the 70's. James punched Glen Larson through a trailer