by Capree
Hello everyone! I am so glad I found this forum...
So here is a long story short... I dropped my KITT that my husband bought for me a about 8 years ago, broke the spoiler, bent the hood ans scratched the rear windshield, I tell you I died a little inside. So off to eBay I went to get another, so I can fix and repaint the one that I broke. I bought two, the first one I noticed was missing the factory straps around the hood and the trunk, so I bought the second one that DID have the straps... So I got them today, and opened the shipping boxes, of course they were as described, except the one with the peanuts had been opened...BUT here is where I was led to you fine folks...I noticed the one car had amber fog lamps. I was all WTH!?!?! So I took to the net and began my search to figure out what is the difference...Perhaps you can give me more information on this beautiful model before I send it back... because I am seriously considering keeping the car with the amber lamps too.....and now the interwebz is fitting and not letting me upload pictures. But that is ok, I am sure you know what I am describing.

by Knight Racer
What model kitt are you trying to replace? Some merchandice was released with inaccurate fog lamps. Unless you mean tje turn signala. On the right and left of the scanner. The TV series kitt never had the amber ones underneath but the ones by the scanner were covered with tinted black glass.

by KITTfan
I believe the model in question is the ERTL Joyride 1/18 KITT model. The original version, released in 2004 had the outermost foglights in amber colour, silver base, etc. and later it was updated to have all clear foglights and black base.
Here's my original 2004 KITT with small mods (amber foglight taped with black tape and clear tapes next to the scanner to imitate turnsignal covers): 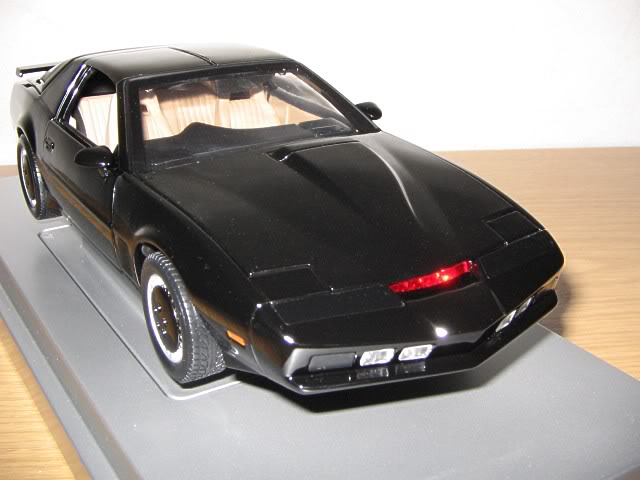 Here's the foglights removed when I made bigger mods to it. Incidently, dropped this model as well when I was taking photos of it outside. It got scratched paint in the front nose but luckily nothing else. Because I had to repair the paint damage, decided to make bigger mods to it at the same time, for example cutted the pillars between original foglights to make one wide opening per side like KITT in the TV-show. 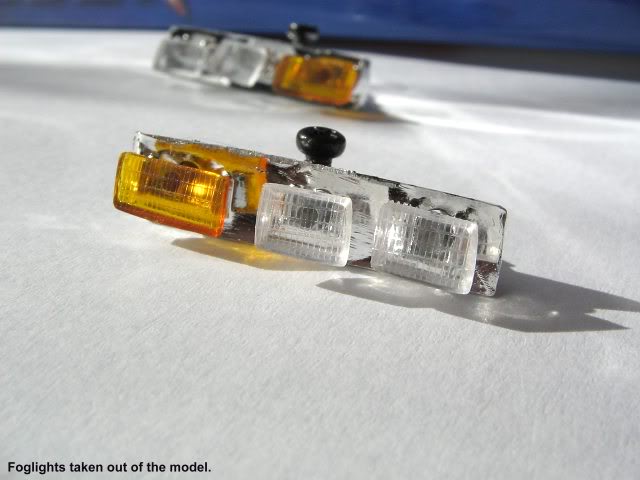 Here's pics of my updated ERTL KITT model, got this in 2007: 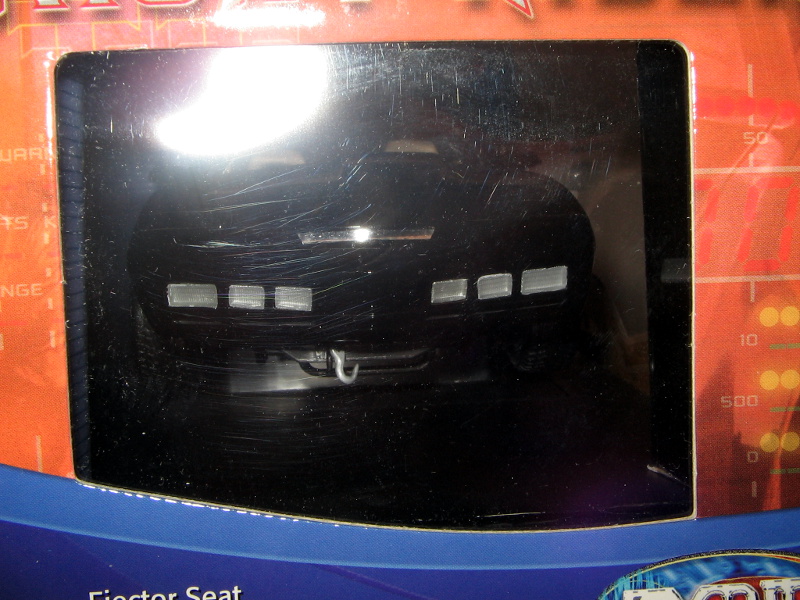 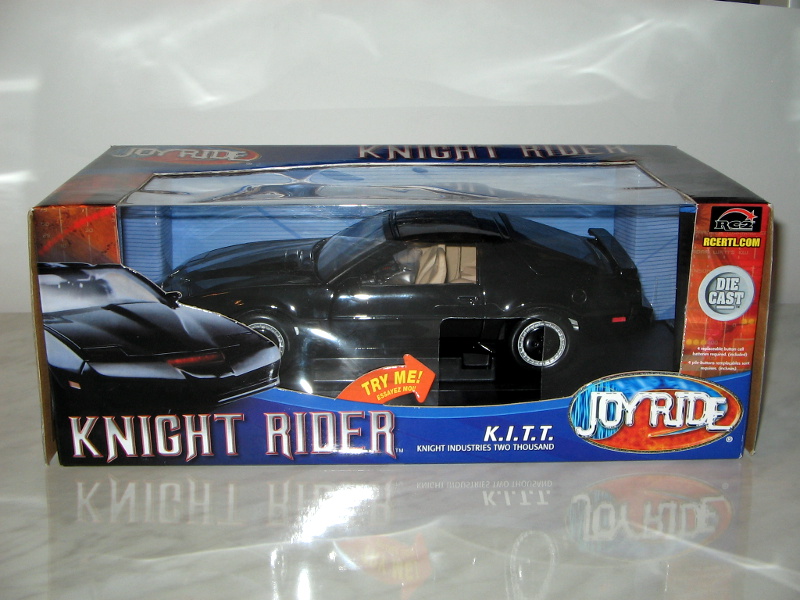 I still have both these models even I have later bought also the Hotwheels KITT and KARR models.
All times are UTC-04:00
Page 1 of 1